As part of our EDC series we received a couple of messages off you guys asking about key sized EDC gear. After a bit of thinking we had a look at the possible EDC gear you can put on your keys, and believe it or not there are a lot of possibilities out there. For this reason we have chosen to focus in purely on key sized EDC knives.

What should I look for in a key sized UK Friendly EDC knife?

Size is obviously a factor. You want it to be a good size so that it is actually usable. You also want it to be sharp, if it isn’t big, then it should at least be sharp enough to be used. Aside from the fact that you need to obviously make sure it’s non-locking (we’ve only chosen non-locking for this post) you will also need to make sure that the knife feels good in hand. Because, it’s all well and good having a sharp knife but if it’s not nice to hold, it won’t be used. This is pretty pointless as far as EDC goes. If you want a comprehensive buying guide have a look at our blog on how to buy a UK Friendly EDC knife! Now for the knives.

This knife is by far our top selling key sized knife. It’s really small but really effective. Of all the knives featured in this post it has the second smallest blade measuring just 3.3cm. We love how simple this knife is too. It’s fully stainless steel, and just a simple no-nonsense knife. It’s sharp out the box, and for EDC needs it’s just ideal. So far we’ve had 125 reviews of this knife on the website and we are averaging 5*s. That says an awful lot! 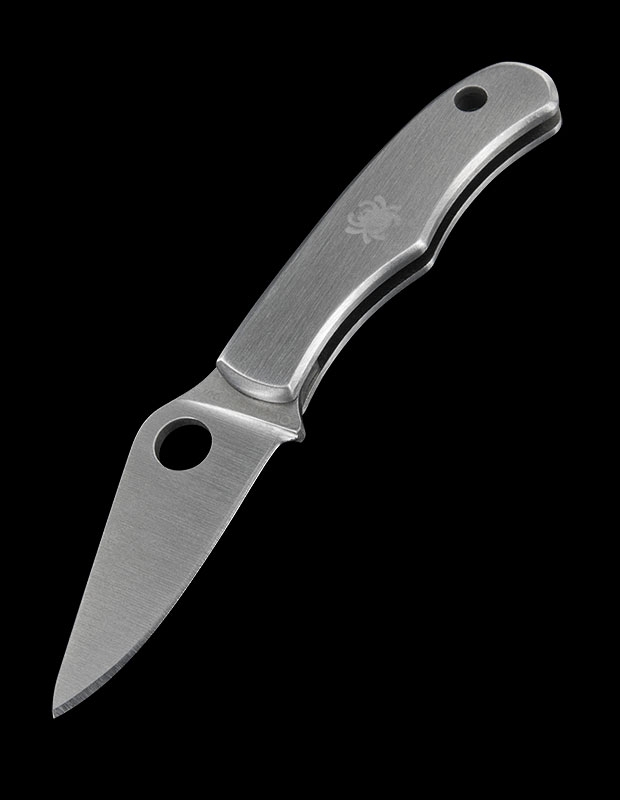 Just from the name you can guess this isn’t just a knife. This is a great tool. It’s the largest of the knives we will see in this post, but it’s still small enough to add to your keys. It’s not only got a great knife but it’s also supported by a really good range of other tools too (13 of them to be precise). As the name would suggest too the knife is nice and grippy. A very good all round tool for EDC. 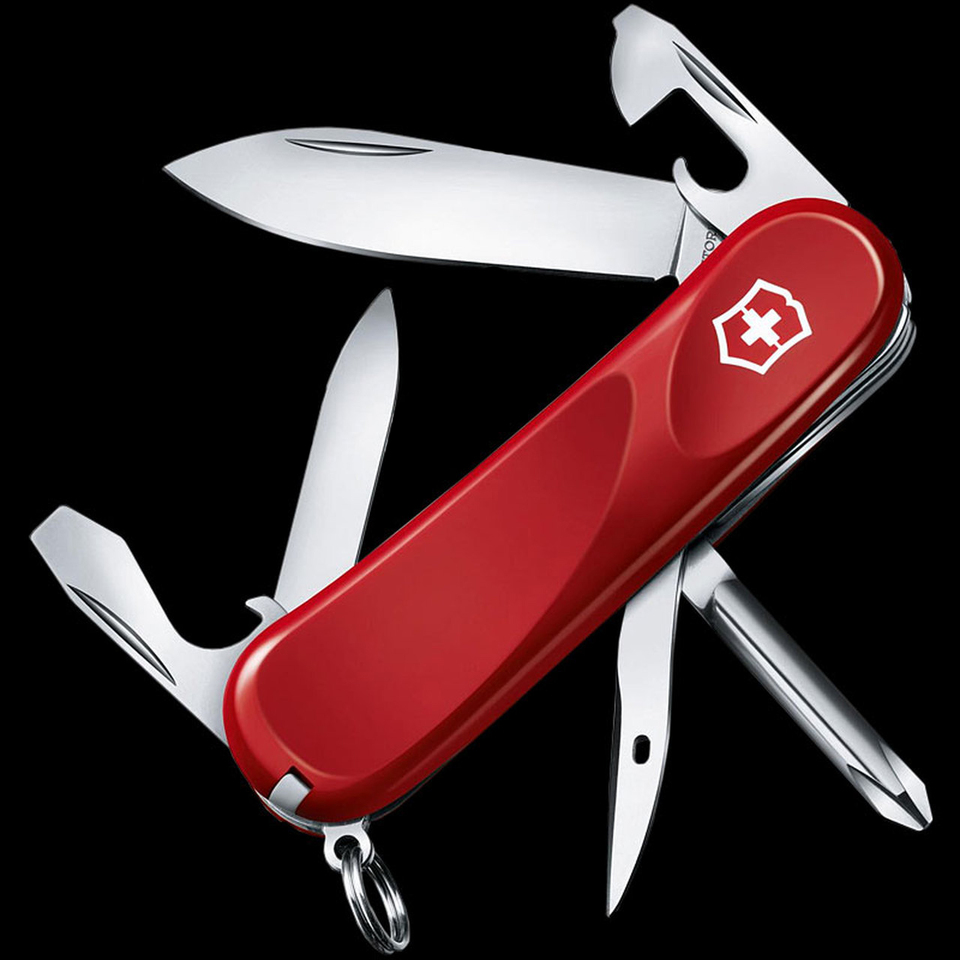 Fantastic, it’s a really good knife! In the post just before this we looked at plain Vs Serrated blades. Well the joys of this knife are that you don’t have to choose! You can have both, and because they are separate blades you don’t have to forfeit any benefits as you would in a part-serrated knife. More than that though, the slip joint on this knife is really strong, coupled with the 18CR13MOV stainless steel blade, makes this a knife to be used and abused. Highly recommended addition to your EDC. 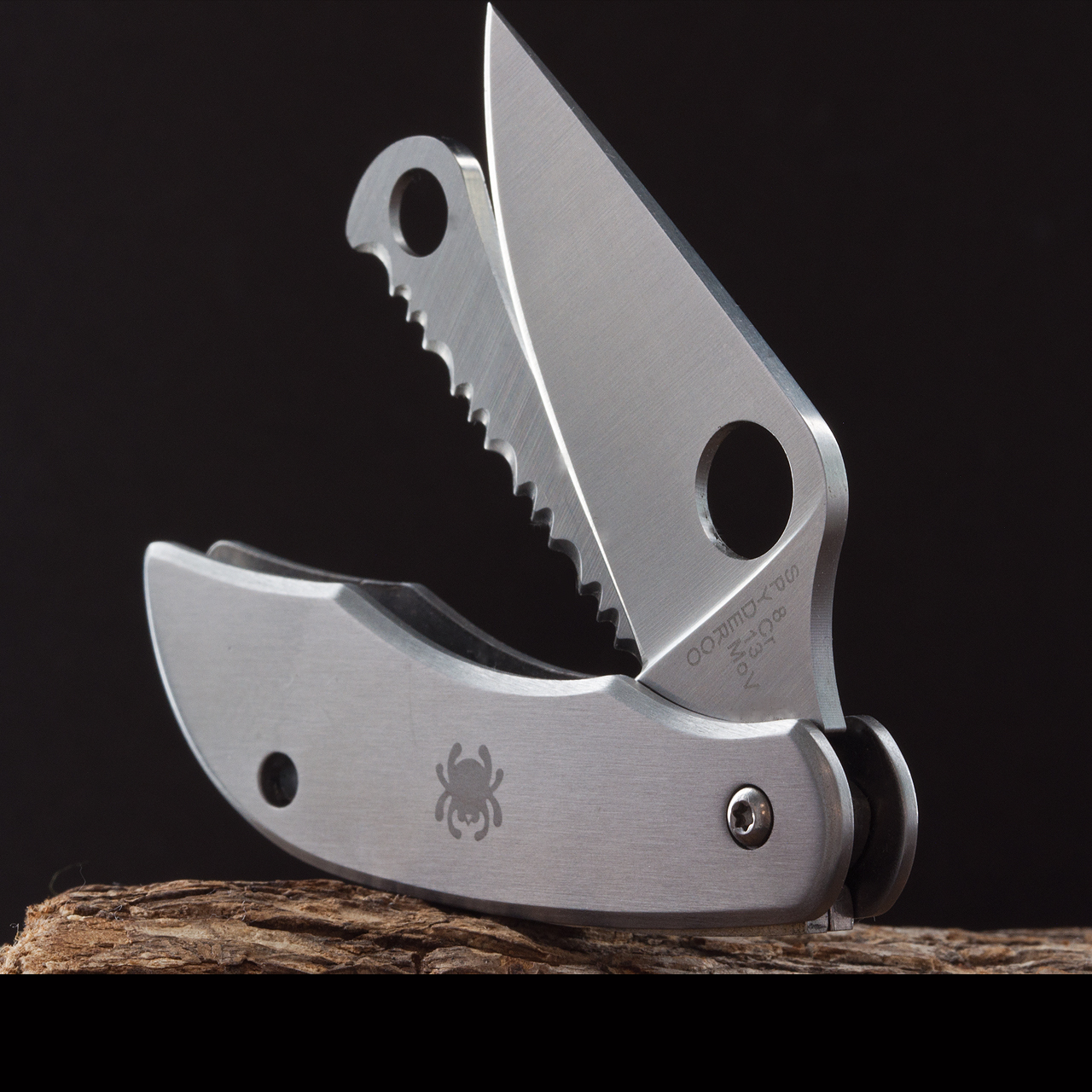 As you’d expect from Opinel this knife is made to be a small and usable knife. Their trademark wooden handle is a classic, and only gets better with age. Out of the pack, the knife is extremely sharp. This knife also come with its own keychain too so you don’t have to think about how to attach it to your keys. The final thing to note is how smooth and easy to open and closing action of the blade is. It’s a real treat every single time! 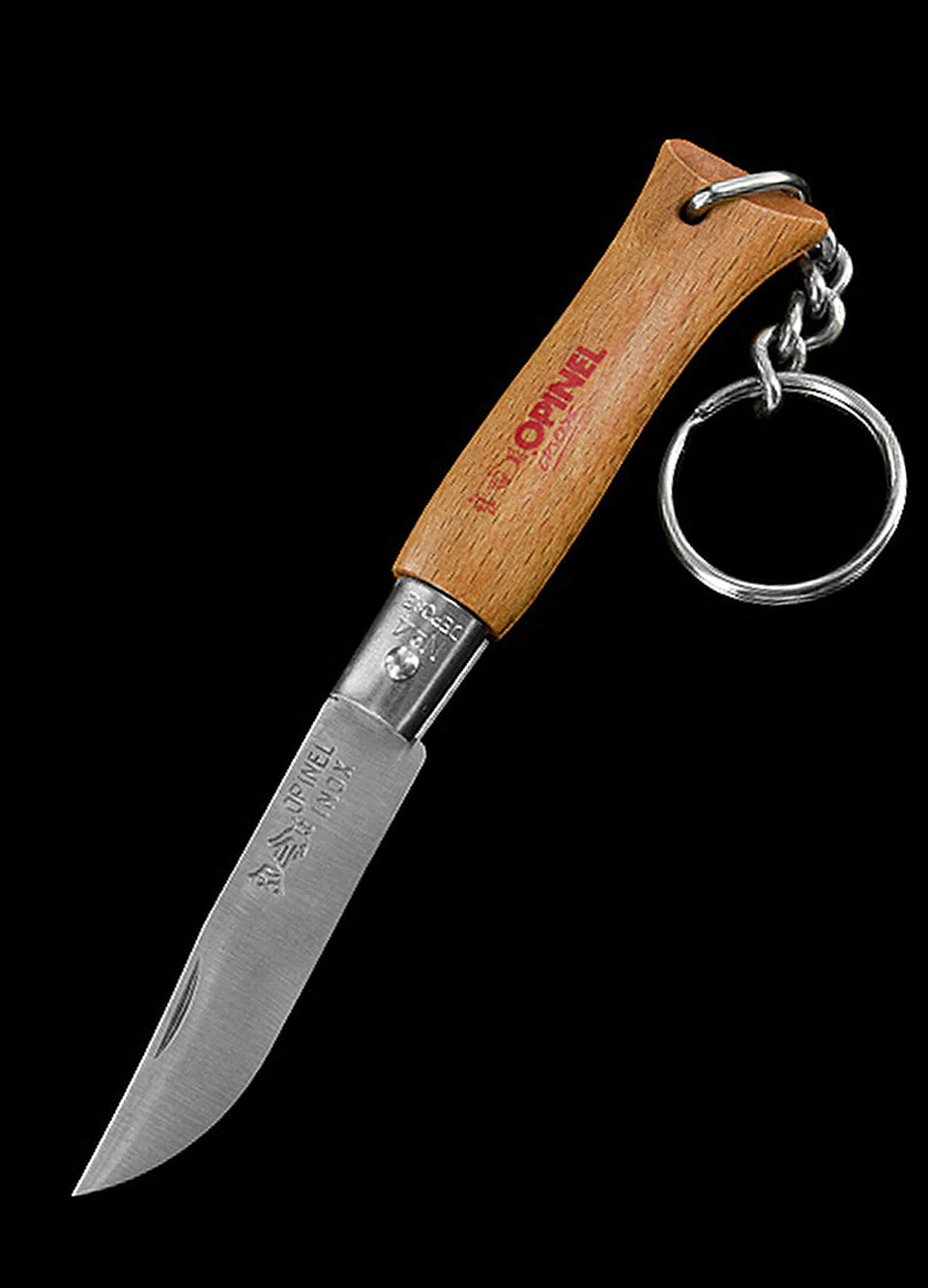 Just behind the bug, the Grasshopper is our 2nd biggest selling UK friendly key sized knife. It’s easy to see why too. It’s really not a huge amount different from the bug, however, it has one big difference. . size. It’s in no way a big knife but the blade instead of being 3.3cm is now 5.9cm (nearly double) this mean that although it may be slightly harder to carry on some keys the potential uses for the knife has increased. So weigh up the options then make a decision. 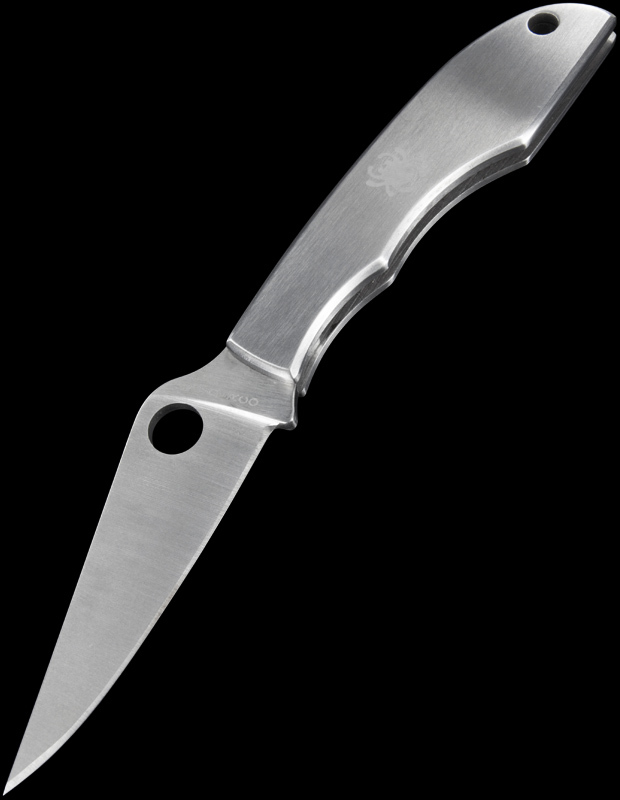 This probably isn’t many of your first choice key sized folders, because really it’s a dog tag. However, we wanted to include this for a few reasons. Firstly it is a brilliant knife! Secondly you could pretty easily attach it to your keys. Thirdly it really stands out from the crowd. Not in an aggressive way, but in a way that people go “Wow, that’s a bit different, can I see it?” This knife comes in black or an anodized version which is nice for those wanting something even more ‘out there’. Just a really good knife that could easily be part of your EDC. 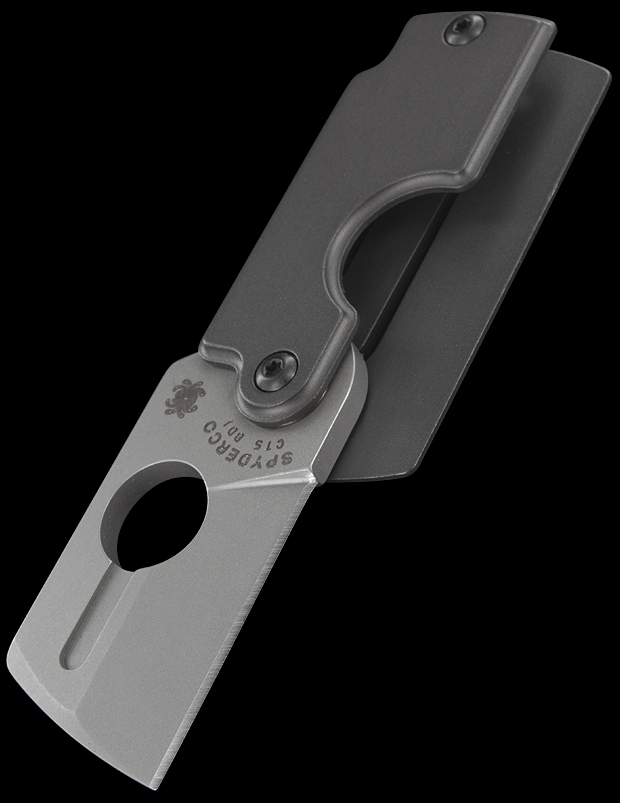 The Victorinox Evowood 81 is a knife that’s got a lot of appeal to it. Not only does it look good, but it’s a very good size too. Not too big and not too small. It also has a good range of tools too such as scissors, knife and nail file. Good EDC for someone who wants a good looking knife but isn’t expecting to necessarily need it every single day. 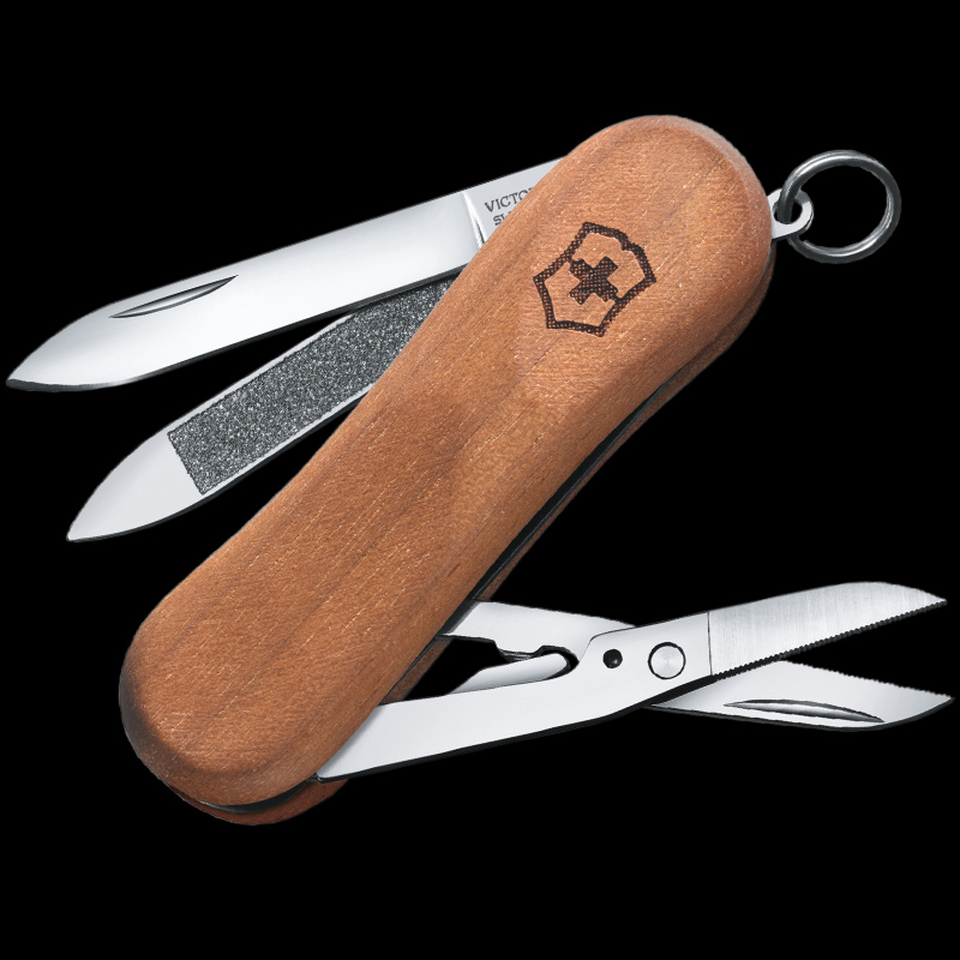 Make no mistakes this knife isn’t down here because it’s not very good. It’s down here because that’s just where we out it. This knife is the middle sibling of the Sypderco Bug and Grasshopper. If you are interested in either of those, but think the bug is too small and the grasshopper is too big, then you’ll probably find this is just right haha. But seriously, as with the other Spyderco knives shown this is a well build knife that will be at home on and set of keys. 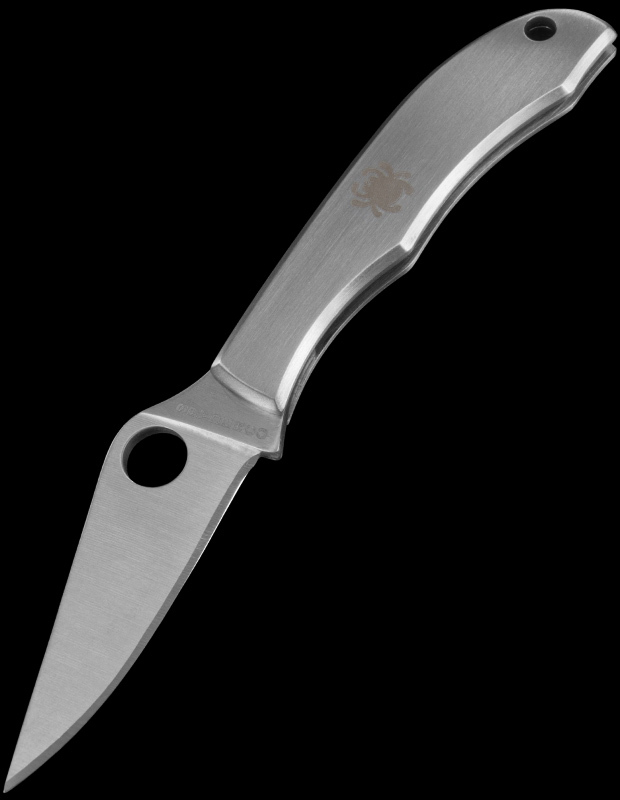 On the final straight now . . . This is the smallest of the Victorinox knives, but as you’ve probably understood from this post. Bigger isn’t always better. This SAK (Swiss Army Knife) has 6 different tools each of which would be a great addition to your EDC gear, such as tweezers, knife, scissors and toothpick. Well made tools all in one simple SAK attached to your keys. Perfect. 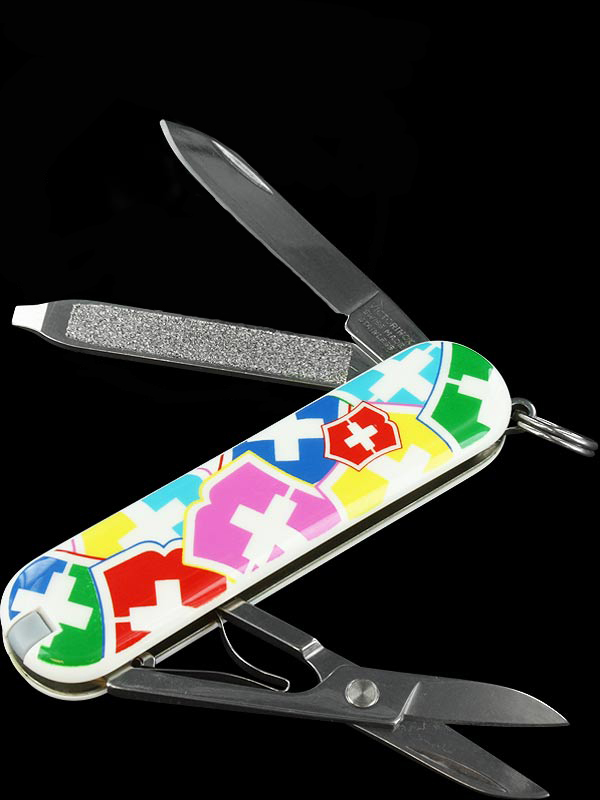 Last but by no means least the Spyderco Roadie. This knife was recently featured in our Top 10 UK Friendly EDC knives, so that should say something about its popularity! It’s a great little knife. Well made, great ergonomics and still small enough for your keys. As you’d expect from Spyderco a really good knife. 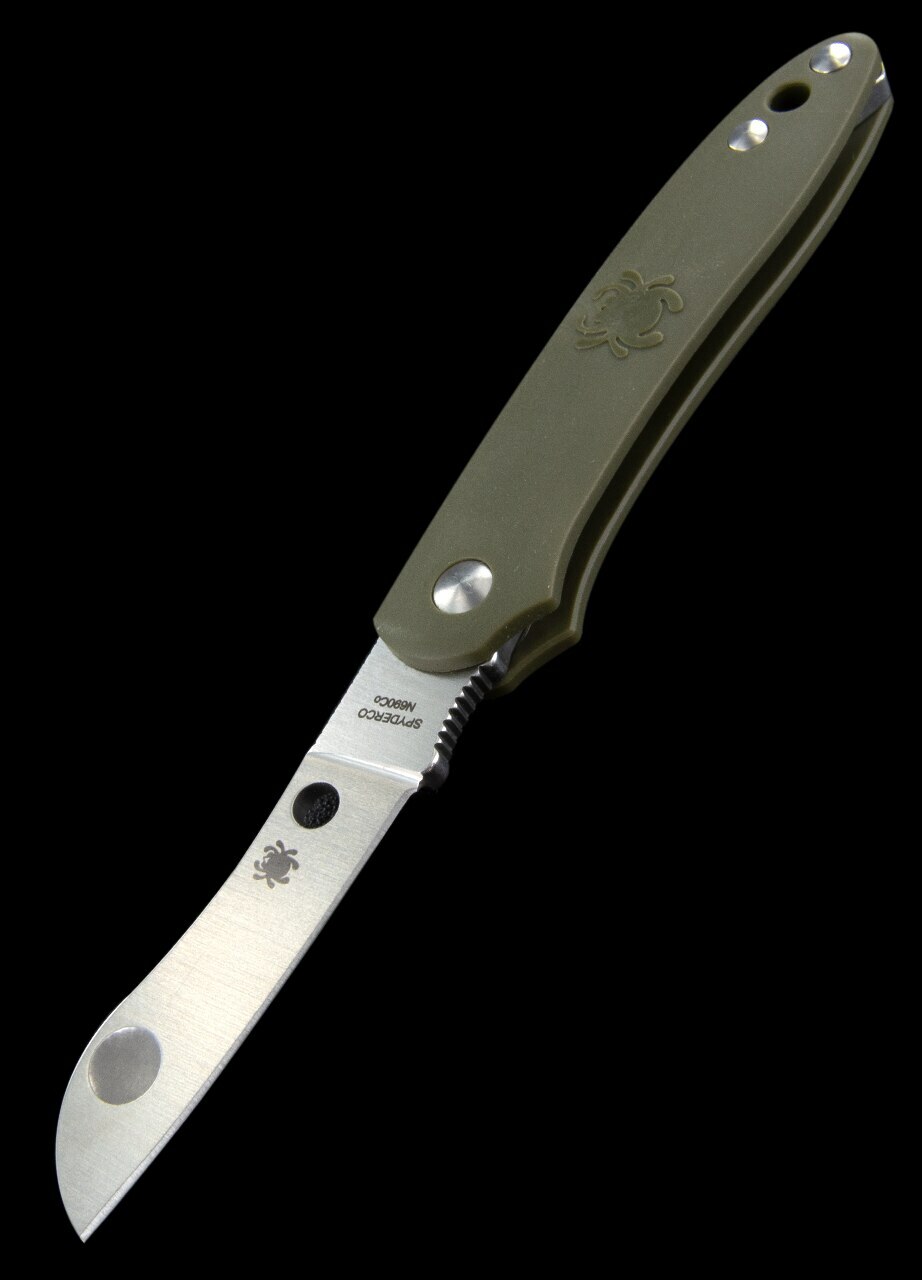