There is so much you need to know about knives. Just when you thought you knew enough about them, someone tells you something new. In this post we aim to look at the different types of blade shape that you can find on the majority of knives.

We hope that when you read this post you will have also read our EDC buying guide, as well as our other specific knife posts on different joint/lock types, handle materials, serrations and more.

In this post we will aim to show you a good range of different blade types/styles. We will then follow that up with a little more detail about each type before finishing with the pros and cons of each type. Enjoy!

A clip point blade is one of the most popular blade shapes in use today, you will see it everywhere. The back edge of the knife runs straight from the handle, but about halfway down the edge starts to dip, whilst carrying onto the tip of the blade. This dipped area can is often curved, but can also be straight, and is referred to as the “clip”. The clip point is used on many pocket knives and fixed blade knives, and is especially popular on Bowie knives and hunting knives. Note though that the blade is only sharpened on the belly side.

Advantages of the Clip Point

Good for piercing hides when used for hunting

Disadvantages of the Clip Point 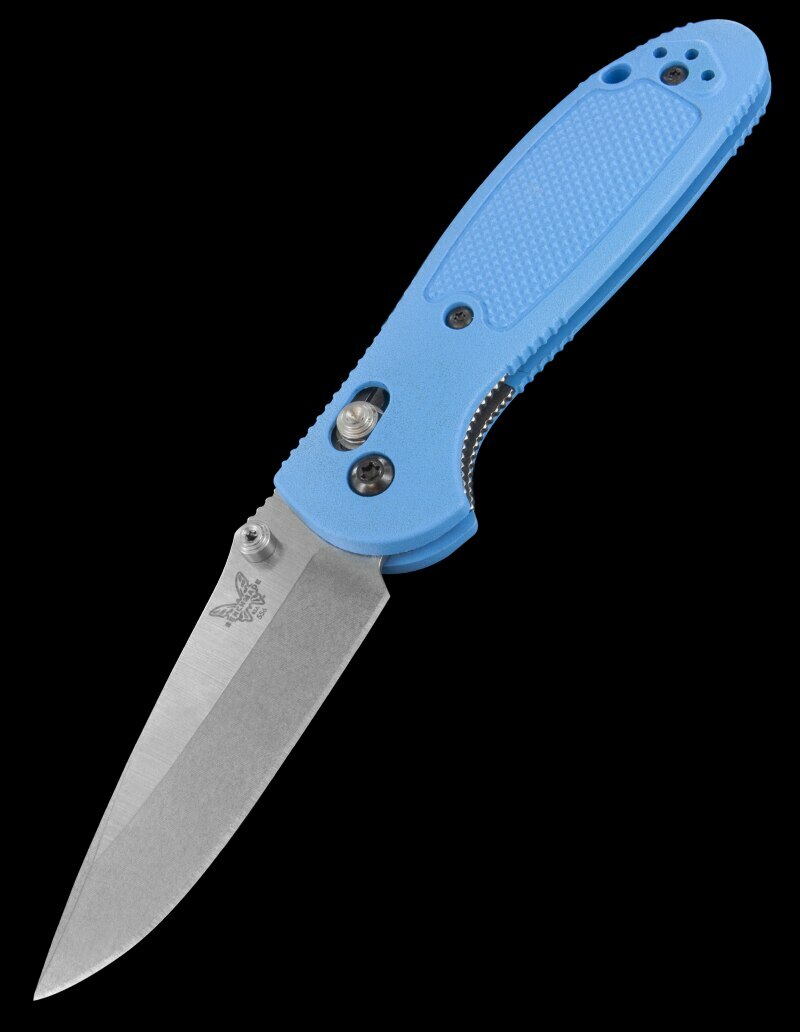 A drop point blade is another great all-purpose blade shape and understandably along with the clip point is also one of the most popular blade shapes around. The spine of the blade runs from the handle down to the tip in a constant but shallow curve. The above image shows it nicely. The drop point is very popular because of the highly controllable point whilst maintaining a very good sized cutting edge on the belly of the blade.

Advantages of the Drop Point

Strong point that is sharp and controllable

Disadvantages of the Drop Point

Because the tip isn’t as prominent, it’s much harder to pierce the hides of game

The tanto blade has a very love or hate sort of relationship with many people it seems. It has a high point with a flat grind, leading to an extremely strong point (not thin, therefore less likely to break). Instead of the belly of the blade curving up to the point, a tanto shape means that the blade instead turns from a straight edge to an angled edge leading to the point (the image shows this clearly). Because of the lack of curvature most people wouldn’t say that there is a belly to the blade, which does reduce the available cutting edge. However, the shape makes for a very strong point, which is perfect for certain tasks.

Advantages of the Tanto

Disadvantages of the Tanto

No cutting edge (“belly”) for slicing

A sheepsfoot blade has a straight cutting edge and an unsharpened curved back spine that curves down to meet the straight edge and make a false point. The main purpose of a sheepsfoot is for cutting and slicing where a point is not wanted or needed. Examples of this include a number of kitchen/chef’s knives. Because of the strength the blade has, as well as not having a sharpened spine this will allow you to have great control when using the knife.

Advantages of the Sheepsfoot

Well suited to giving a clean cut while slicing

Disadvantages of the Sheepsfoot

No point exists (lack of versatility)

A spear point is a symmetrically pointed blade (or very near) with a point that is central if you were to look from the tip down to where it meets the handle. Some spear points blades are sharpened on both sides, whilst others are only sharpened one side (always worth checking). You’ll often see spear point shapes on throwing knives as well as a good range of folding knives.

Advantages of the Spear Point

Disadvantages of the Spear Point

Can look more aggressive than other styles

A gut hook blade is a special type of blade where the spine has an upward facing curve just over halfway down the blade before the tip. The blade has been sharpened in this curve. We often find this type of blade is used by hunters for field dressing and fishermen for gutting their catch. The small hook opens the abdomen of the animal or fish without slicing into or damaging the muscle, possibly affecting the quality of the meat.

Advantages of the Gut Hook

Large belly is perfect for slicing or skinning

High tip, gives added cutting edge, also less likely to cut yourself in use with the point

Disadvantages of the Gut Hook

Difficult to sharpen the “hook” in the spine

The hook adds significant size to the blade

A hawksbill blade means that blade is curves inwards, this includes both the cutting edge and the spine of the blade. This isn’t that common a blade shape but there are some really common examples of knives using this style such as the Lansky Madrock and Spyderco Harpy. This gives a good size cutting edge, and the inward blade can either be a blessing or curse depending on the jobs you want the knife for.

Excels at butting boxes, wires, rope and tasks like that

Harder to sharpen than other styles

The curve can limit it’s ability to perform certain tasks 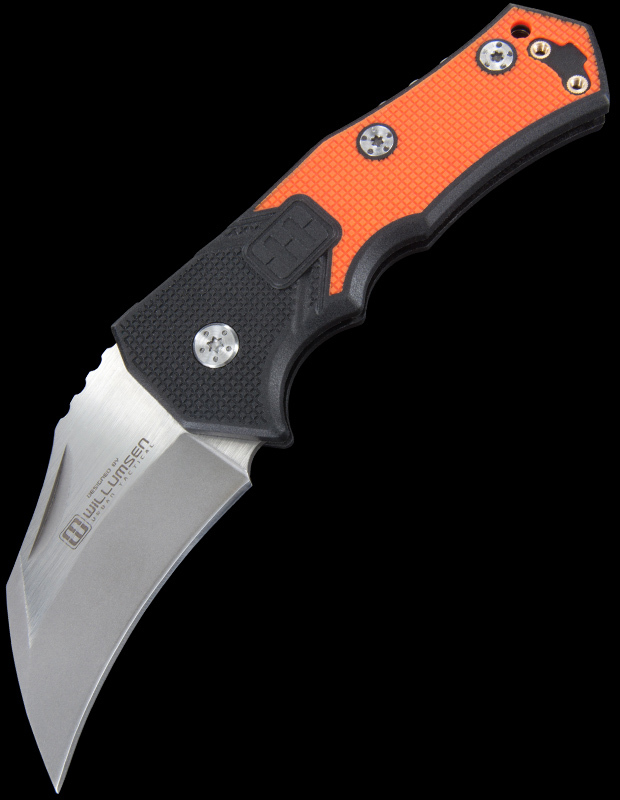 This style of blade isn’t too different from the sheepsfoot style, however, the spine of the blade starts curving much closer to the handle which allows for a much shallower curve. It’s not a particularly common style of blade, but one that’s very useful. 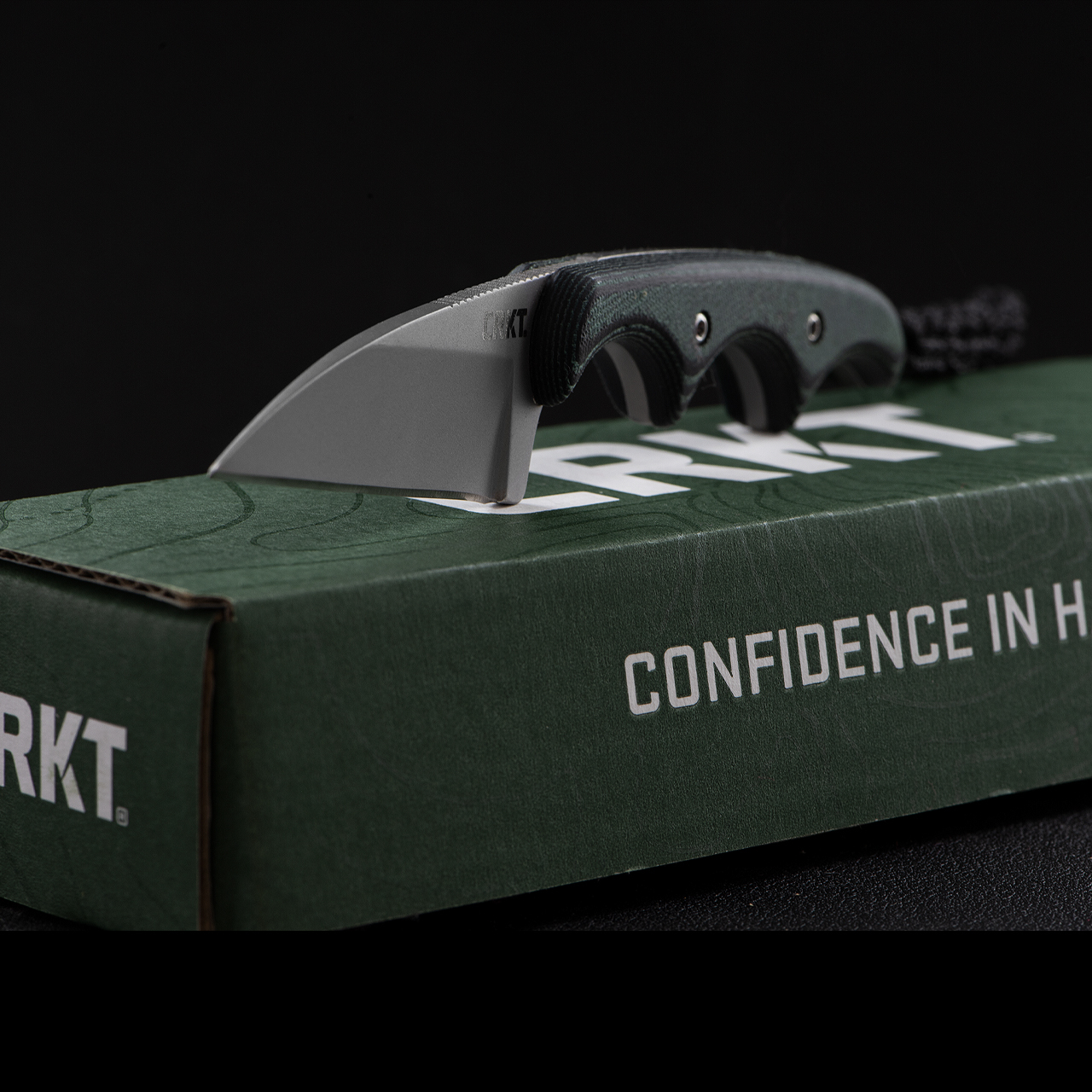 A recurve is basically when the blade has something of an “S” shape in it, usually creating a big belly that helps the knife excel at slicing and chopping, but also creates a bit of a forward angle on the edge.

Any type of blade, such as a drop point, clip point, and even a hawksbill can have a recurve, so a recurve isn’t necessarily always a stand alone shape as it can be part of others too.

Can be incorporated into other blade styles

Gives you a number of cutting options